Not An Isolated Incident. 63-Year-Old Woman Arrested For Setting Fire To Her Condo. HOA Files Suit Against Her While In Jail. Bail doubled, now $300k.

According to court documents, Ann Potter has entered a not guilty plea and is demanding a jury trial. Court documents list 23 law enforcement and fire rescue personnel that have knowledge of the incidents that occurred prior to Potter’s arrest. 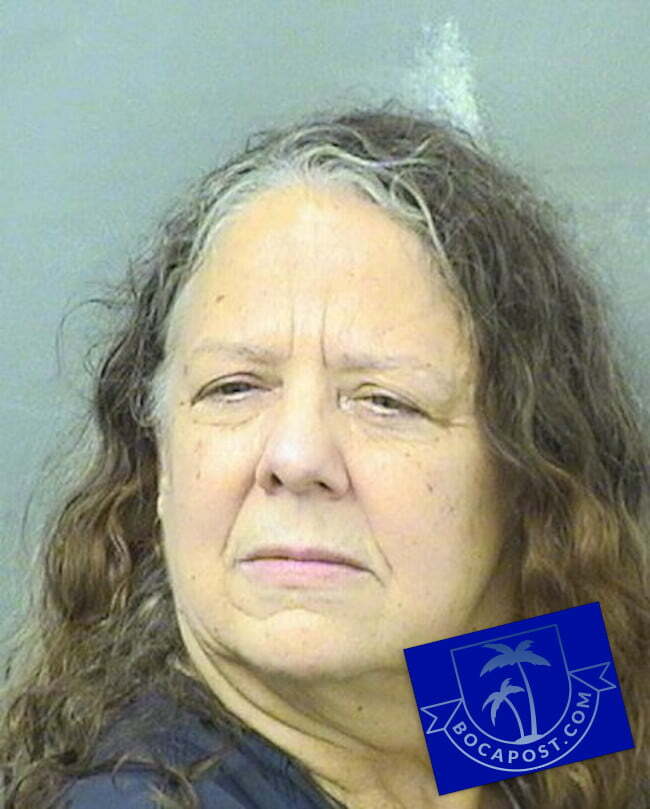 Ann Potter is scheduled to be transferred from the mental health unit of PBSO Jail to another nearby facility for assessment, treatment, and stabilization. Potter’s criminal cases for the two felony arson incidents are at least temporarily being referred to the court’s Mental Health Specialty Division for competency hearings. Clearly, Potter is having a tough time. Hopefully, she gets the help she needs.

Meanwhile, Boca Lake’s legal action against her is still pending since the complaint was filed on 2/14/22. The complaint alleges that Potter has previously set multiple fires intentionally as well as flooded her unit which caused flooding to neighboring units.

Boca Post has reviewed the arrest affidavits as they have been made available to us this afternoon.

Boca Post was the first to report about there being multiple arson events as well as the first to publish the news about Boca Lake’s HOA’s legal action against Ann Potter. The arrest affidavits provide some new details as provided by neighbors’ sworn statements as well as physical evidence found at the scene.

Potter is being charged with 2 counts of 1st-degree arson for intentionally setting multiple fires to her Boca Lakes apartment.

You can read both arrest reports here:

Ann Potter’s bond has doubled, is now set at $300,000 as she is charged with both arson incidents.

Court records indicate that Anne Potter has refused to attend her first appearance. Law Enforcement personnel and a Fire Rescue Investigator; however, did show up as witnesses in the case. The judge has set Potter’s bail to $150,000.

While Potter has been in custody, a lawsuit was filed by the HOA’s attorney requesting that the court do the following:

You can read the entire complaint:


While Boca Post continues to wait for the probable cause affidavit to be processed, we can tell you that the charges posted by PBSO are very telling: “ARSON – 1ST DEGREE”. 1st-degree arson suggests that Potter intentionally set the fire. PBSO is reporting holds for other agencies.

We expect to have a copy of the probable cause affidavit for review tomorrow. We will publish it as soon as it is available.

BOCA RATON, FL – Boca Post (BocaPost.com) — A 63-year-old Boca Lakes woman is under arrest this morning for 1st degree arson after a massive fire rescue response to her apartment building and this wasn’t the first time.

Yesterday, at approximately 3:51 pm, Palm Beach County Fire Rescue dispatched 3 fire engines, 1 ladder truck, 2 rescue trucks, 1 ems unit, a battalion chief, and the district chief to a reported apartment fire at 8916 Warwick Dr. Fire rescue responded on scene and quickly extinguished the fire calling it all clear at 4:04 PM. Shortly after PBSO is said to have been ‘looking for the female’. Interestingly, investigators were called to the scene while Fire Rescue was en route. This suggests that there may have been a history with this address.

Boca Post knows that this arson is not an isolated incident. We rely on facts and data, not 3rd personal reports or rumors. A check of our very own data source which feeds our CODE3 – Live Dispatch Map shows that the now scorched residence at 8916 Warwick Dr. has also had the following fire rescue dispatches this month:

Boca Raton Man Arrested For DUI With Child In Car