A Boca Raton mother is facing her 2nd Child Neglect charge in just over two months as a result of her severely autistic child running away. According to police records, Boca Raton Police Department has been involved in more than 9 events where they responded to help locate the child after he ran away. Two of these events were only 2 months apart and both ended with the child’s mother being arrested for child neglect. 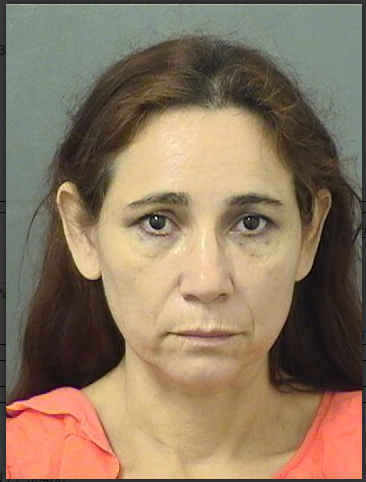 Nancy De La Fuente, of SW 9th Street in Boca Raton, is charged with Child Neglect for the 2nd time in 2 months because of the most recent incident where her autistic child ran away. On 11/14/21 at approximately 7:30PM, Boca Raton Police Department responded to a call of a child wandering the area of 470 NW 4th Ave. According to the police report, the child would run away as responding officers would try to safely detain him. Officers were able to affect protective custody near 125 Crawford Blvd.

Nancy De La Fuente and her other son arrived on scene shortly after. De La Fuenta said that the child ran away from them while they were at Golden Fig Park which is about a 3/4 mile away from where the boy was found. The officer also noted that it was dark out at the time the boy was found. It is reported that De La Fuente admitted to police that she did not attempt to contact them for assistance in the 7 minutes he was missing. De La Fuente told officers that she is usually able to locate the child which is why she didn’t call. She also said they she has a harness with a bell that the child uses to prevent him from running away; however, this time it was not being used.

De La Fuente was arrested for child neglect and DCF was notified. DCF determined that the De La Fuente residence was not fit to care for the child’s special needs. The child’s aunt took custody of the child due to the father being away for work.

As stated above, this incident is just one of many. It is the 2nd one which led to an arrest.

The previous incident that led to an arrest occurred at 11:21PM on 9/5/21 near I-95 and Palmetto Park Rd. According to a police report submitted by the Boca Raton Police Department, officers responded CODE-3 (lights and sirens) to the I-95 Southbound entrance of Palmetto Park Road in response to reports of a child walking alone.

Responding officers found the small child, who was wearing shorts and no shirt, bouncing and playing with a basketball in the middle of the SB ON-RAMP to I-95. Responding officers quickly took hold of the child’s hand and walked with him to the sidewalk for his safety.

The boy’s mother, Nancy De La Fuente, then arrived on scene after apparently being told about the incident by dispatcher’s when she called BRPD to report the child missing at 11:20PM. It is noted in the report that the boy was 1st reported by on-lookers at 11:16PM. The officers reminded De La Fuente that she is to call immediately when the child goes missing. De La Fuente admits that she remembers that instruction; however, she did not call immediately this time because she thought she would find the child in the community. Officers report that De La Fuente apparently failed to see severity of what could have happened to the child playing in the middle of a roadway at night.

It is noted in the report that during one of the previous incidents, the distance between where the child was last seen and where he was found that time was 1.4 miles or a 27 minute walk according to google maps.

De La Fuenta was arrested for Child Neglect charges and transported to the Palm Beach County Jail without further incident. The child’s older brother took custody of the child that night. DCF was notified that night as well.

Mike Thomashttps://bocapost.com/
Mike Thomas is the editor-in-chief at Boca Post. Boca Post is a hyperlocal news media organization dedicated to providing honest and unbiased reporting of the news as it affects Boca Raton and the surrounding areas.As a Florida native living in Boca Raton with his family, Mike genuinely cares about Boca. Boca Post is a labor of love created by Mike Thomas and is a gift from his family to yours.
Share
Facebook
Twitter
Linkedin
ReddIt
Tumblr
Telegram
Mix
Digg
VK
Flip
Email
Copy URL
Print