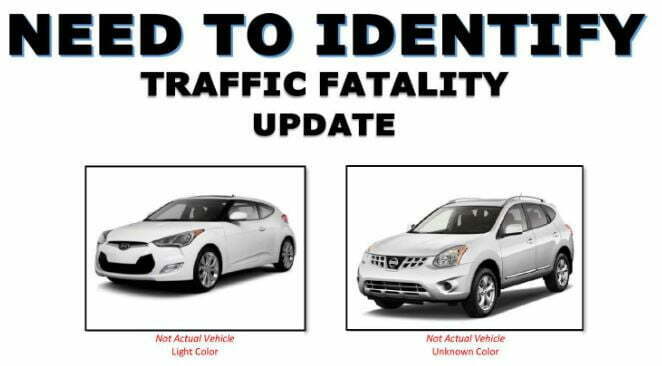 A spokesperson with the Boca Raton Police Department tells Boca Post that Traffic Homicide Investigators now believe that two different vehicles were involved in the hit-and-run accident. The following vehicles (both) have been identified as being involved:

In the video below you can hear the 911 audio related to the fatal hit-and-run in Boca Raton early on July 3rd, 2022. The video also shows what Police say is the suspected vehicle hit the pedestrian on Glades road early this morning.

Police are confirming now that the vehicle is a 2008-2014 Nissan Rogue. Much like the one in the following photo. The Nissan Rogue will have heavy damage to the front.

On Wednesday, August 3, 2022, just before 6:30 a.m., Boca Raton Police responded to a fatal hit-and-run crash along the 2300 block of W Glades Road. A pedestrian was struck by a vehicle in the westbound lanes while crossing Glades Road at the intersection of Butts Road.

A passerby discovered the pedestrian in the roadway and contacted the police. Surveillance video in the area shows the suspect vehicle, which is believed to be a silver SUV. The vehicle fled westbound on W Glades Road. The silver SUV should have damage to a front headlight and the front bumper based on evidence found at the scene.

If you have any information in reference to this ongoing investigation, please contact Boca Raton Police Traffic Homicide Investigator Javier Casas at (561) 544-8579.

Westbound Glades road was closed early this morning following a hit and run accident that occurred near Glades road and Jog Road in Boca Raton.

Boca Police tell Boca Post that the hit and run accident left one pedestrian who was declared deceased at the scene.