Impaired Driver Has Been Arrested After Deadly Accident That Kills 2 And Injures 2 At Bus Stop.

PBSO today announced that they have arrested the driver responsible for killing 2 students and badly injuring 2 more last month. The driver, identified as Angel Lopez, has been arrested and is in PBSO custody.

PBSO says that Lopez was intoxicated 4 times over the legal limit of prescription drugs. The driver worked locally at the Wellington Mall.

PBSO says Lopez was booked into the PBSO jail without incident.

A spokesperson from the Palm Beach Sheriff’s Office has confirmed with Boca Post that another victim has passed away from the deadly 3/22/22 accident.

PBSO confirms that 15-year-old Chand Wazir has now passed away. Wazir is the 2nd victim to pass away since the deadly accident that injured 4 Royal Palm Beach High School students who were waiting for the bus near Crestwood Boulevard and Cypress Lake Drive.

Wazir passed away at 2:30 this morning at Delray Medical Center as a result of his injuries sustained from this deadly accident.

PBSO has indicated that charges are still pending for the driver, Angel Lopez, 57, of Royal Palm Beach.

The four victims have been identified as:

All four teenage Royal Palm Beach High School students live near the bus stop that they were waiting at when the driver of an Alfa Romero, Angel Lopez, ran off of the road and directly into them.

Palm Beach Sheriff’s Office tells Boca Post that 1 of the victims has passed away at 2:30 AM this morning. 3 other victims are still recovering from their injuries from this deadly accident.

The accident report released by PBSO indicates that charges are pending. The report also indicates that alcohol/drugs were not a contributing factor.

I’m reaching out to make you aware of a devastating situation involving members of our Wildcat family.

This morning, 4 of our students, awaiting the arrival of their school bus, were struck by the driver of a passing car. All four students are hospitalized. Out of respect for, and in the interest of the privacy of the families involved, I am unable to share any further information about this accident.

Counselors and a school police therapy dog are available for any students who may have witnessed this incident, or any who would just like to seek comfort.

We will, of course, share our well-wishes with the families of those involved.

Thank you for your support of Royal Palm Beach Community High School.” 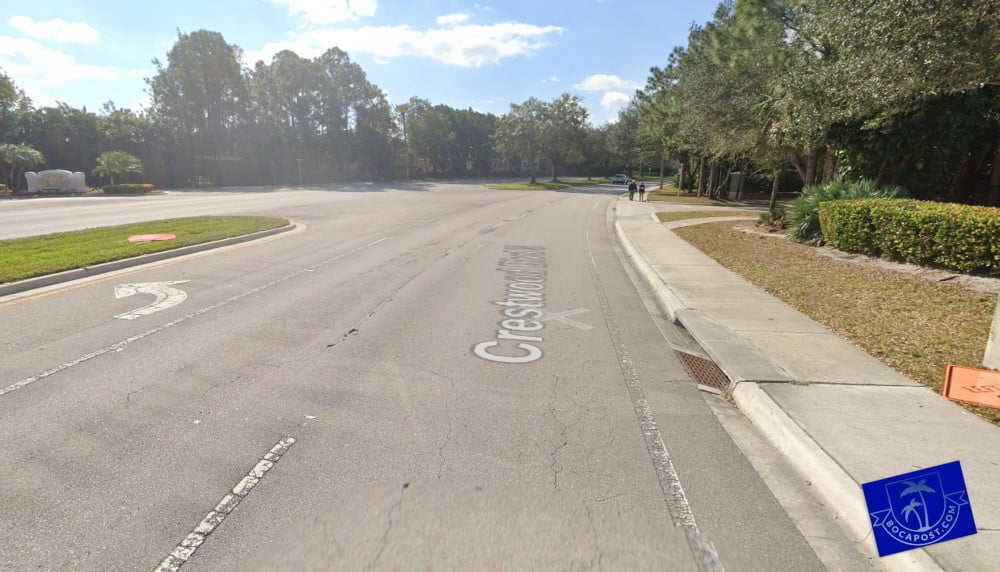 ROYAL PALM BEACH, FL – Boca Post (BocaPost.com) — PBSO tells Boca Post that 4 students have been hit by a car while waiting for the bus at Crestwood Boulevard and Cypress Lake Drive in Royal Palm Beach.

Shortly before 7:00 am this morning, deputies responded to a vehicle VS pedestrians crash on Crestwood Blvd and Cypress Lake Drive, Royal Palm Beach.  Upon arrival, deputies learned a vehicle driving northbound on Crestwood Blvd lost control, drove up on a sidewalk and struck four students waiting for a school bus.  The four students were taken to local hospitals for treatment.

According to PBSO, A 2018 Alfa Romero Stelvio was traveling northbound on Crestwood Boulevard in the outside lane approaching Cypress Lake Drive. The vehicle drifted to the right and collided with the curb with the passenger side front tire. All pedestrians were standing on the sidewalk on the southeast corner of the intersection waiting for the school bus. As the vehicle collided with the curb, it mounted the sidewalk and struck the pedestrians with the front of the vehicle. The vehicle then lost control and began to rotate counterclockwise and struck the curb in the northeast corner of the intersection with the passenger-side tires.

This collision caused the vehicle to roll over coming to rest facing west on the east curb of Crestwood Boulevard.

Investigators did not indicate that alcohol or drugs were a contributing factor to this crash.