DELRAY BEACH, FL – Boca Post (BocaPost.com) — A couple from Weston spend the first few hours of Valentine’s Day together in PBSO jail after being arrested by Delray Beach Police Department for a drunken encounter at Tin Roof.

According to an arrest affidavit submitted by Delray Beach Police, Officers say they observed employees from Tin Roof kicking the couple out and ended up arresting the couple after a drunken confrontation. When Delray PD officers observed the couple arguing with the door staff at Tin Roof at around 12am, they knew they needed to step in.

The couple, later identified as 25-year-old Jorge Barragan and his girlfriend, 23-year-old Mary Arteiro, allegedly became confrontational with responding officers. When one of the officers told the couple that they are being trespassed at the request of the staff, Arteiro, in her slurred speech, said “arrest me”. Arteiro then pulled back when officers attempted to place her in to handcuffs. Barragan then attempted to pull her away from the officers.

The couple was eventually placed under arrest after a brief struggle. Once in the back of the cop car, Arteiro attempted to kick the door open with her foot.

The couple was arrested early on Monday morning but released shortly after 3 AM and are both now each facing the following charges: 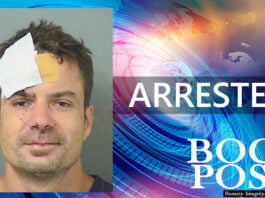 Son Forces Mother’s Vehicle To Crash Into Canal When She Refused... 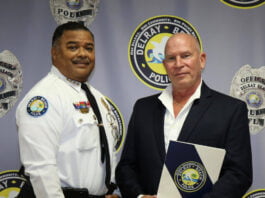 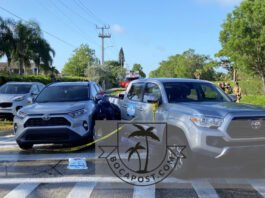